You are here: Home / Press Releases October 2, 2020
/
admin
In September 2019, The Shams Group secured its first Atlantic Canadian province and was contracted to implement its Patient Check-in & Registration Kiosk at two main referral facilities within that province. In the year since then, the company has finalized partnerships with two other Maritime provinces and gained contracts to implement nearly three dozen more kiosks across Atlantic Canada.
https://shamsgroup.com/wp-content/uploads/2020/10/75-Atlantic-Provinces-Press-Release.png 630 1120 admin https://shamsgroup.com/wp-content/uploads/2020/02/TSG-Logo-300-1-300x152.png admin2020-10-02 07:48:252020-10-08 15:01:52Patient Intake Solutions at TSG Selected by 75% of Atlantic Canada 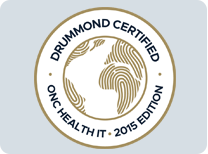 Scroll to top
This website uses cookies to understand how you use our site and to improve your experience. By continuing, you consent to our use of cookies.I AgreePrivacy & Terms