Break Through with View: 3 Issues Solved by Aggregate EHR Data 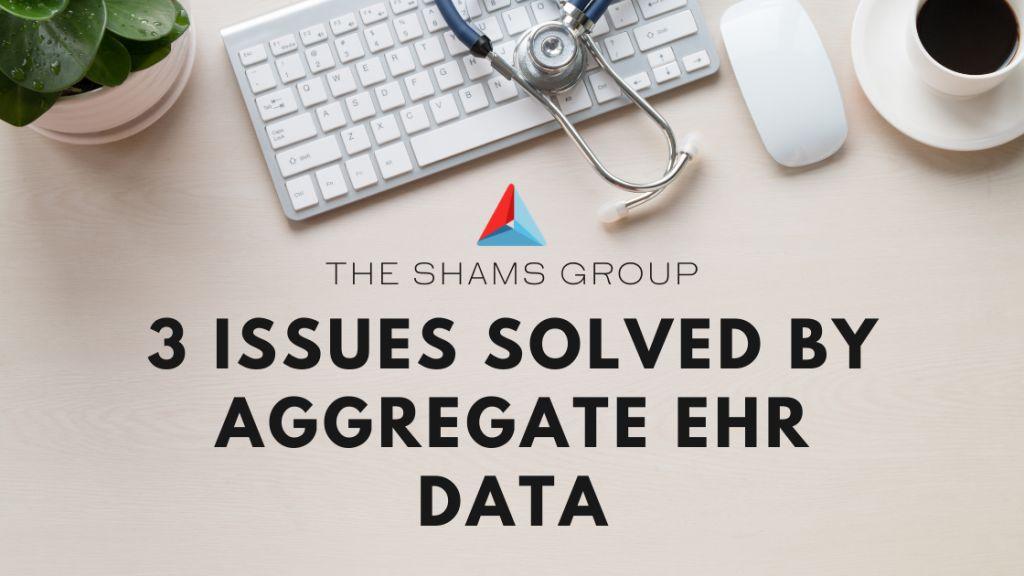 Break Through with View:

In some EHR technologies, a lack of customization and interoperability has often led to the unintentional displacement of patient information across various systems in an organization. In such cases, patient data becomes increasingly disorganized and spread out as more is accumulated, creating increasingly greater burdens and obstacles for healthcare staff in everyday clinical and administrative processes. In a previous post, we outlined how organizations can consolidate data from disparate EHR systems in order to remedy this problem for physicians at the point of care. Today we’ll cover three other issues frequently experienced when attempting to manage scattered data and how a stand-alone portal can provide the solution for healthcare organizations in situations of this kind.

External physicians and agencies need access to patient data, even if it is exceedingly difficult to locate. And some health systems have considered granting access to their EHR systems as a potential solution. However, granting direct access to an EHR is a risky business that opens up organizations to new vulnerabilities – vulnerabilities that can result in compromised data integrity, data leaks, and noncompliance. In addition, granting direct access may encourage payers to perform more post-payment reviews, denials, and recoupments. And none of this even addresses potential infringements on patients’ rights.

So, what happens? Without EHR data aggregated: clinicians get sent on wild data goose chases that typically begin with them searching multiple systems and calling other departments and end with them near printers and faxing machines.

Another issue intensified by scattered patient data is care delivery during downtimes. When patients come in during a planned or unplanned downtime, they still want to receive the consumer-centered experience other industries have encouraged them to expect – an expectation EHR systems are supposed to help deliver on. Patients want not just to be treated; they want to feel seen and heard. But, if providers are distracted by a clinical EHR downtime that makes access to patient records even more difficult than usual, how can they?

Physicians who leverage digital tools for patient records know that downtimes mean going back to pen and paper. They know additionally that, although this enables them to continue providing care, it also increases their workload and further delays care. Before, they only had to deal with the scattered-ness of digital patient data. Now they need that data delivered to them in physical form. Thus, being stuck in an already inferior but now even less efficient workflow, they feel discouraged, overburdened, and unseen. And their patients must feel similar.

Printing patient records for downtimes makes fragmented patient data an ever greater headache at the point of care. It provides expediency in a time of need, but it’s not an optimal long-term solution because it puts workflow efficiency on the back burner and impedes patient-centered care.

Healthcare enterprises do not typically replace their EHR technologies very often, but the situation we are currently discussing is one in which such a mentally and financially exacting solution might be considered. The problem is that many enterprises are not aware of other issues that frequently arise in the implementation process when it’s time to extract and convert legacy data for the new system.

If some of the data from the old system cannot be incorporated into the new, what will happen? Healthcare executives who have weathered the long storm of new system implementation before already know: the previous vendor may charge high licensing fees in order to retain legacy data while leaving the hospital’s IT team to deal with the patchwork. This puts an even greater burden on hospital IT teams both during and after the implementation process and threatens to worsen the scattered-ness of patient data. To avoid this, organizations need a legacy viewing strategy. But without the ability to aggregate EHR data themselves, no such strategy is readily obtainable.

Break Through with View

With a multifunctional viewing portal that supports EHR data aggregation and legacy data needs, healthcare organizations can finally put each of these conflicts to rest. EHRViewer gives staff the ability to grant secure, read-only access to patient information in a stand-alone portal completely separate from your EHR, enables clinicians to view unified patient records during downtimes, and frees organizations from hangups with legacy data during new system implementation.

Break Through with View: 3 Issues Solved by Aggregate EHR Data
Scroll to top